Your Crawl Space and Sump Pumps

What is a Sump Pump?

When most people hear "sump pump" they are not familiar with the term...unless you are from an area in the country where pretty much everyone has one in their house because they have a basement.  Kind of like Radon Mitigation Systems in NC....most folks living in the Mid-West have a Radon System....not common here in the South, but your home still needs to be tested for Radon.  A Sump Pump is simply a perforated bucket installed about 3 feet into the ground whether in your basement or in your crawl space.  There is a motor with a float connected to it; once the water fills the bucket to a certain level the float kicks the motor in gear and "pumps" the water out of the bucket into the exterior of the home.

Is it a Major Concern?

In my opinion, NO!  Again, just like Radon, water is part of owning a home and controlling it takes care of the issue.  Let's use a crawl space as an example.  If you have standing water in your crawl space and let it go for a long time with no control measures taken, you will eventually have mold, smells, and if you have hardwood floors, they will eventually "cup".

By installing a sump pump, the water collected is pumped out of the area, so the potential for mold and all other concerns with standing water are eliminated.  I sometimes see buyers looking at a house and they either see a Radon Mitigation System or a Sump Pump and are rattled....not wanting to deal with it.  Fact is, is that if a house has either of these systems installed, the levels of Radon or standing water are much less than the house next door.  So there is an argument that these are GOOD systems to have in place whether you have high levels of either.

My personal residence was built in 1994.  When I purchased in 2013 there was a Sump Pump in the crawl space.  I am assuming the previous owner had cupped hardwoods and looked under the house to see standing water.  I live at the bottom of my neighborhood, so the water table is pretty close to the ground....in other words....after a hard rain water is more prevalent close to the ground surface in my direct area of the neighborhood.

Recently, I hadn't seen the water pump into my front "natural area" after a hard rain.  So, my gut feeling was my Sump Pump was broken...after all, I know it was over 7 years old.  Sure enough, there was standing water in the corner of the crawl space by the Sump Pump.  I called a plumber, Aqua Plumbing out of Fuquay Varina.  Rick, the owner, installed a new motor and float....problem solved within 30 minutes.  Below I have posted a few pictures and a video.  Notice the amount of water being pumped out....most of it was not on the floor of the crawl space, but rather it was underground....seeping into the bucket.  Once the motor was replaced my crawl space was dry as a bone.

Moral of the Story

Take care of your house with routine maintenance.  Here is a good link to see house maintenance recommendations. 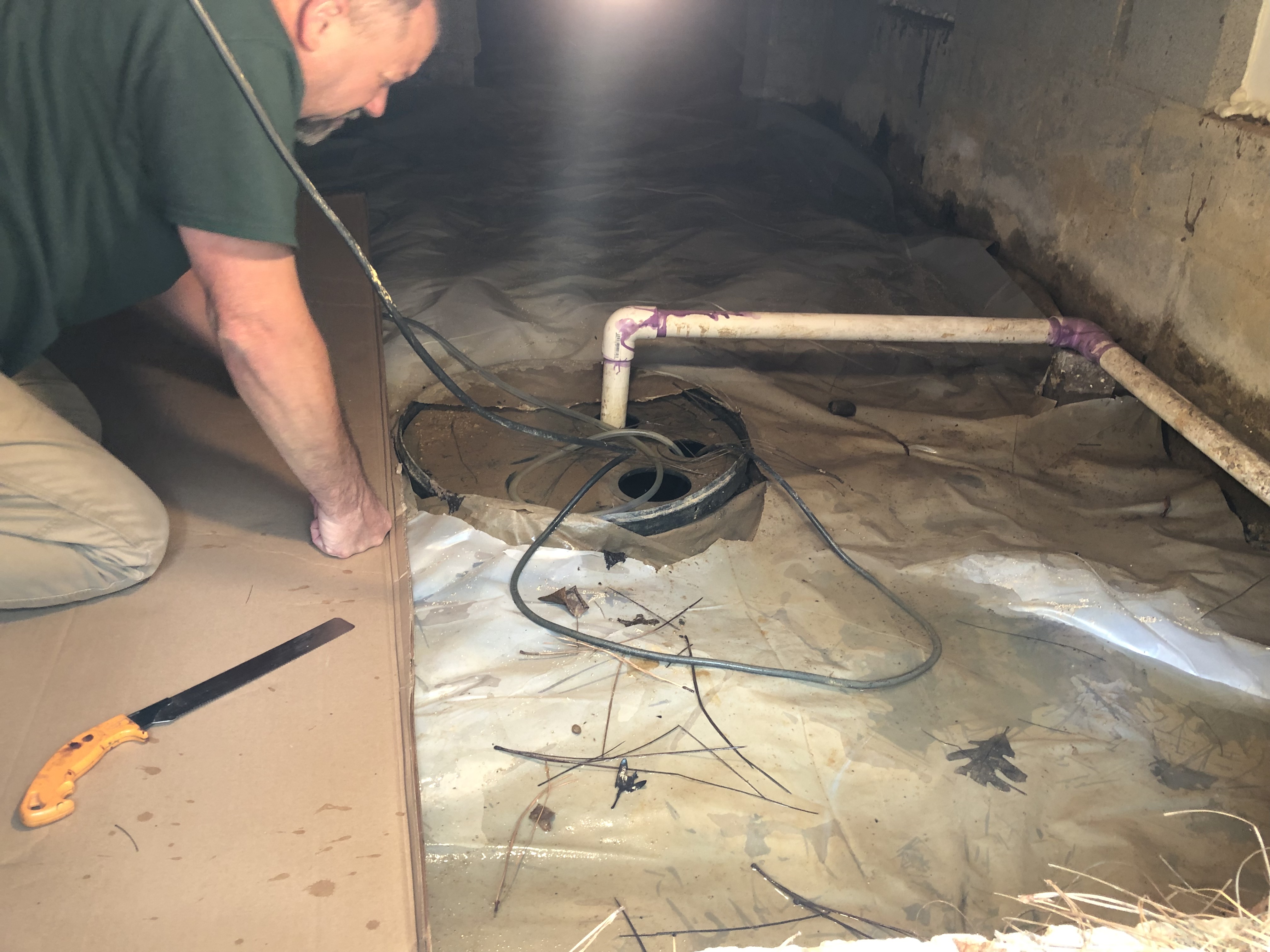 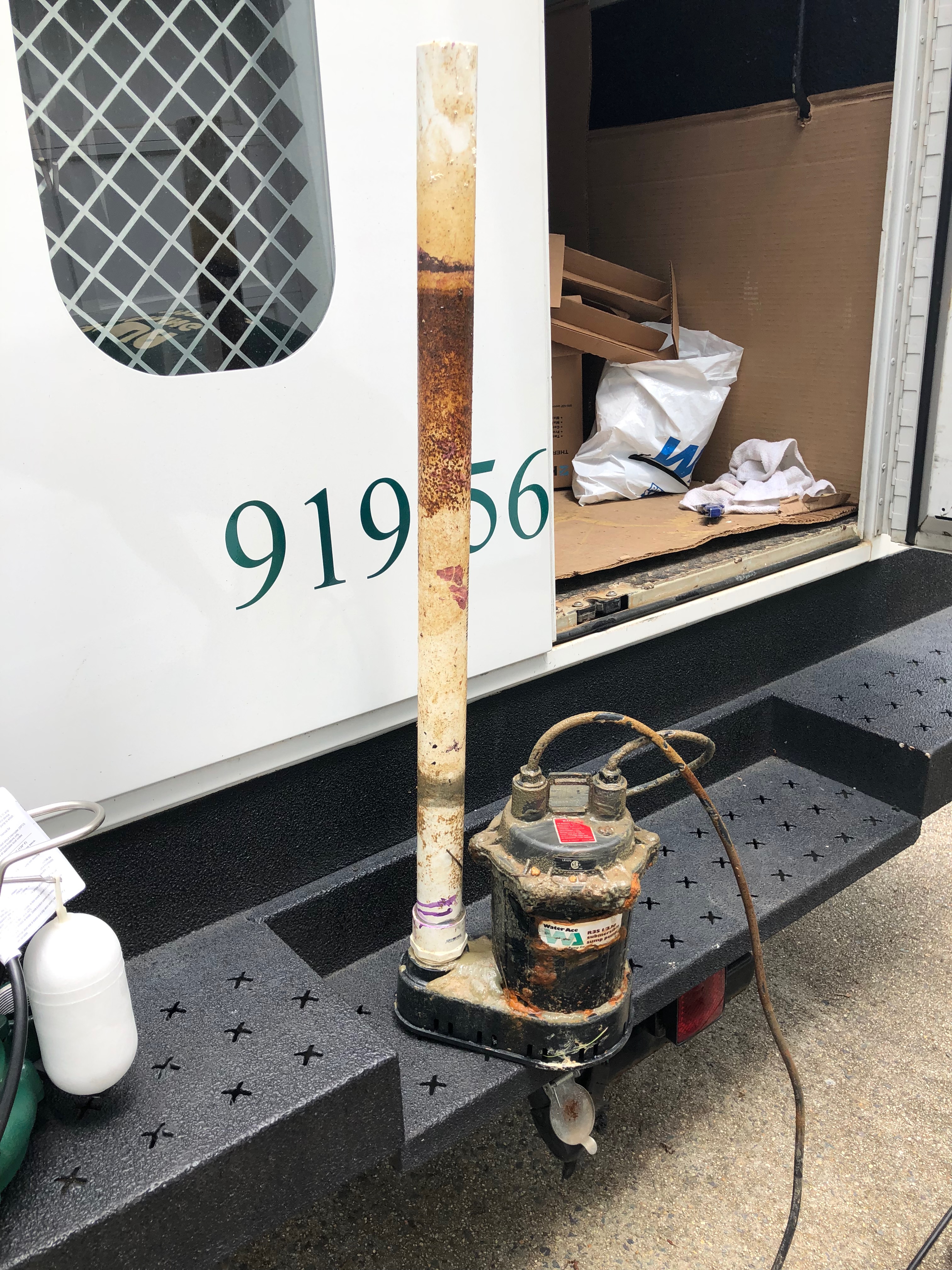 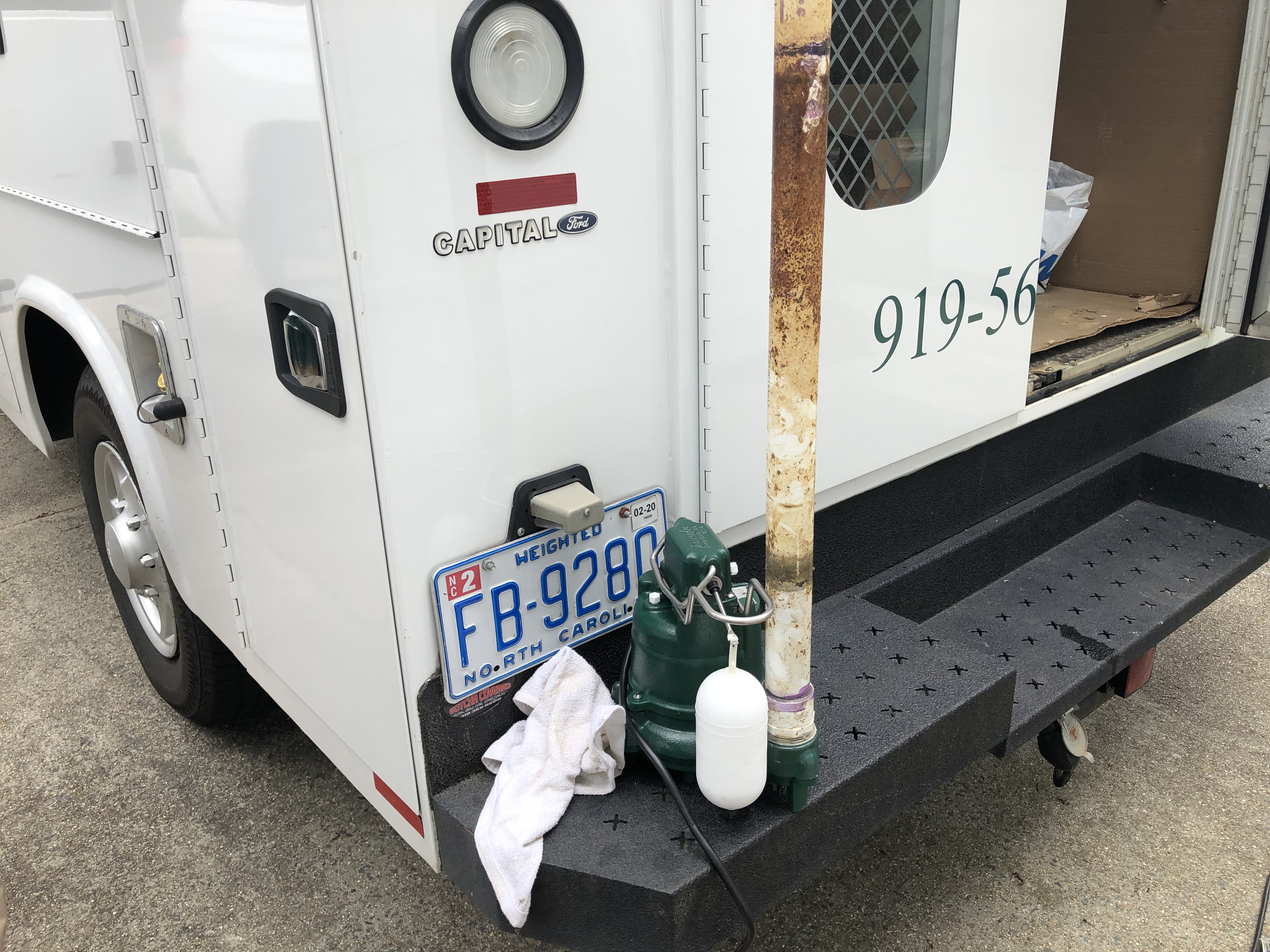